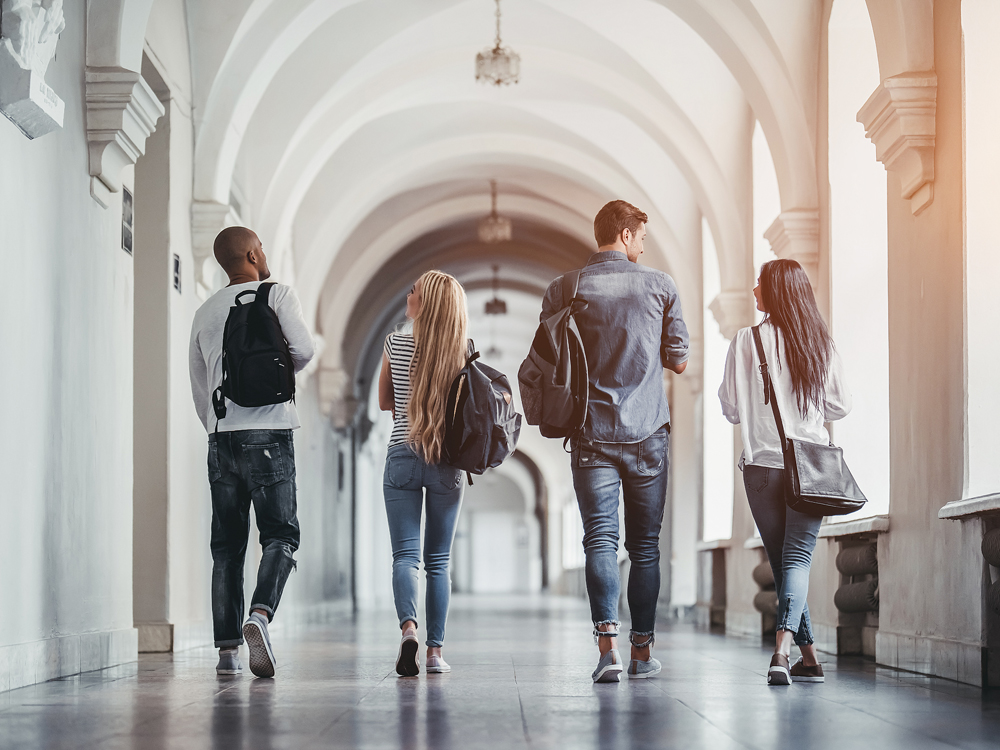 “A lot of schools, now that they cannot travel themselves recruiting international students, they’re coming to ApplyBoard because we already have very good reach,” said co-founder and CEO Martin Basiri.

University campuses around the world may be closed and international travel my have ground to a halt, but that hasn’t stopped an Ontario startup that depends on both to launch itself into the vaunted “unicorn” club of fast-growing tech companies with a $1 billion valuation.

This week, Kitchener, Ont.-based ApplyBoard — which operates an online platform that connects international students to universities, colleges and high schools in North America and the U.K. — announced it had raised $100 million in a Series C deal that closed at the end of March.

Chief executive Martin Basiri said that the venture capital investment round, which values his company at $2 billion, would normally have been cause for a big party but due to the pandemic he celebrated on a Zoom call with his leadership team instead.

Basiri and his two brothers founded the company in 2015, after they all emigrated from Iran to Canada to study at Canadian universities. The company now boasts more than 400 staff in 20 countries, with more than 100,000 students using the application platform in the past five years.

“I came to the University of Waterloo, and the process of coming here was extremely hard,” Basiri said.

Basiri signed the term sheet with investors in mid-February, and as the due diligence process came together, the world was being turned upside down by the coronavirus pandemic. University campuses were largely closed, and international travel ground to a halt.

“At the time we signed our term sheet, coronavirus was barely in anybody’s consciousness,” said Nick Solaro, a partner at Drive Capital, which led the investment round.

“By the time we closed, we were in shelter-in-place, my kids had been sent home from school, tens of thousands of people had started to die around the world.”

Solaro said that Drive had to go back and reassess all its research and assumptions; as investors, they have big-picture ideas about market trends, risks and opportunities, but none of their investment reports ever raised the possibility of a global pandemic shutting down university campuses.

This is a 10-year investment. This is a long-term view of what’s going on
– Nick Solaro, partner, Drive Capital

“Of course it made us ask those questions, but the reality is when we make these investments, this is a 10-year sort of investment. This is a long-term view of what’s going on. This isn’t about the company’s ability to hit their 2020 numbers,” Solaro said.

“I have no idea what next quarter is going to look like, but if you zoom out and you say, well, is the long-term thesis intact? I actually feel quite comfortable that there will be a return to normalcy and the massive ascendant middle classes of places like southeast Asia are going to continue to have access to world-class higher education.”

ApplyBoard’s core opportunity emerges out of two supply-demand factors. On the one hand, there is a growing market of middle-class consumers around the world who want to pay for quality education opportunities. On the other, there are schools in North America and Europe hungry for lucrative international students who pay higher tuition fees and bring more diversity to campuses.

But making those connections can be a major challenge; different schools have different criteria for assessing international students, depending on which countries they come from. And then there’s the extra process for visa applications.

“It is a very technically complex product,” Basiri said.

“We got all this information, we categorized it and we put it in one source of truth, so students can very fast find out one place where they can go, which school they’re eligible to apply for, but more importantly, they can now apply to many schools in different countries with one application system.”

Basiri plans to use the $100 million investment capital to continue expanding the service, bringing in more universities, and more countries for potential students. On that front, he said ApplyBoard is actually getting a boost from the COVID-19 disruptions.

“A lot of schools, now that they cannot travel themselves recruiting international students, they’re coming to ApplyBoard because we already have very good reach,” he said.

Both Basiri and Solaro shrugged off the $2 billion valuation associated with the latest funding round.

“That night, we kind of got on Zoom and we celebrated with the leadership team,” Basiri said.

“I remember the day after, I woke up at like six o’clock in the morning, and said to myself, ‘I have to work harder.’”