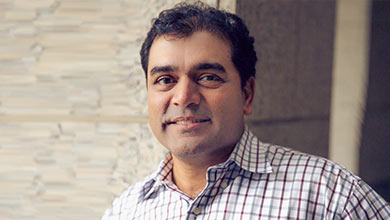 Yatin Mundkur focuses on early-stage Technology and Medtech investments. As a Partner of Artiman Ventures, he is currently on the boards of Prysm, Virsec, Yantra and Zspace, and is on the board of Cellworks.

Before joining Artiman Ventures in 2004 as a Partner, Yatin was Managing Director at TeleSoft Partners, where he led investments in over twenty companies, in the early stage semiconductor and software sectors. Prior to joining TeleSoft Partners, Yatin founded and served as President of Equator Technologies, a developer of Programmable MediaProcessors. His prior experience also includes VP/Group Manager at Conexant, and Chief Architect/Design Manager at Sun Microsystems, Ross Technology and Cypress Semiconductor.

Yatin has over 17 years of overall experience working with technology companies in venture capital. He also holds fourteen patents in areas of computer architectures, digital consumer electronics, semiconductor design, and software. Yatin holds a B.S.E.E. from MSU of Baroda, India, and an M.S.E.E. from the University of Texas at Austin.